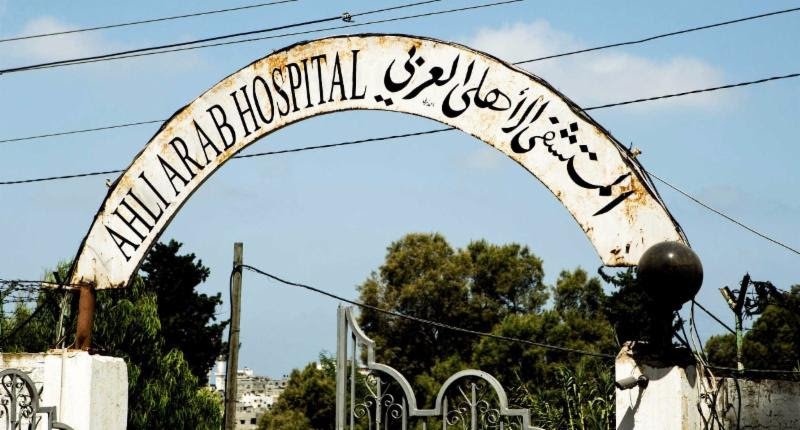 From Our Bishop: Aid for Al Ahli Arab Hospital in Gaza

Dear Friends,
As I’ve watched the tragedy in Gaza unfold over the past several days, my prayers have gone immediately  to the ministry and care offered to all people by the Al Ahli Arab Hospital in Gaza City. The doctors, nurses, and staff are truly on the front lines in meeting the need of those injured in the violence of recent days.
This ministry of the Episcopal Diocese of Jerusalem and the Middle East holds its doors open to people of all faiths and ethnicities and operates under extreme circumstances and limited resources even in those times that pass for “normal” in occupied Palestine. The Diocese of Maine, through its International Outreach budget line, has made donations to the the Al Ahli Hospital since 2012. Indeed, if you were at our Convention a few years ago, you’ll remember watching the video posted below that bears witness to the work of the hospital.
Last night I received an update from the American Friends of the Episcopal Diocese of Jerusalem (AFEDJ):

Suhaila Tarazi, the director of Ahli Arab Hospital in Gaza, reports that Ahli is implementing an emergency response to receive trauma cases and has configured an emergency wing with 24 additional beds. The staff is on extended shifts to treat the injured and wounded. Ahli surgeons are treating serious wounds and complex limb injuries. Ahli Hospital needs immediate and substantial financial support to respond to the catastrophe in Gaza. They need to obtain emergency medicine and medical supplies and fuel for generators. Suhaila wants you to know that while the resources of Ahli Hospital are stretched to the limit, the hospital staff is working around the clock, treating and healing victims of the violence. This includes many children who have family members, friends and neighbors who are dead or injured. These children are suffering, and Ahli Hospital is providing them compassionate counseling and psycho-social therapy.

With your help, Ahli stands as a powerful example of Christian witness in this place of desperation and unimaginable horror. Thanks to you, Ahli Hospital sends a message of hope and love.
I encourage you to join me in support the ministry of Al Ahli Arab Hospital with your prayers, both your personal prayers and in your congregations, and, as you are able, with a donation.
You may donate through AFEDJ’s secure donation site.Thank you for your generosity on behalf of our brothers and sisters in Gaza. The Rt. Rev. Stephen T. Lane
Bishop of Maine 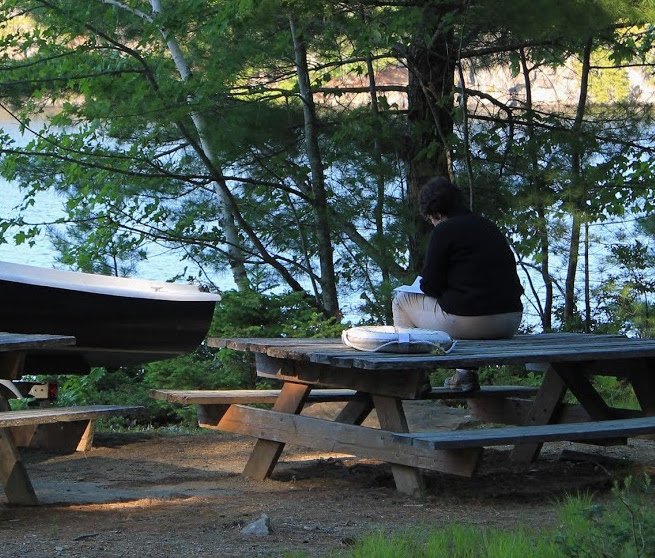 Where Do You Find God?,
a diocesan retreat – June 15-17
Join us for a weekend on beautiful Lake Megunticook, at Bishopswood near Camden, Maine.  The annual retreat is an opportunity to step away from the busyness of everyday life and be refreshed.

This year, we’ll use Celtic and Ignatian resources to help us connect with Christ in nature, scripture, community, and the depths of our hearts. We’ll seek to deepen our awareness of Jesus and open ourselves in generosity and compassion.  We’ll also enjoy delicious home-cooked meals, the out-of-doors, campfires and the lake.

Check out the details, see what people are saying about past retreats, and register on the webpage.  For more information, contact Jane Hartwell at jhartwell@episcopalmaine.org.  Click here for a flyer. 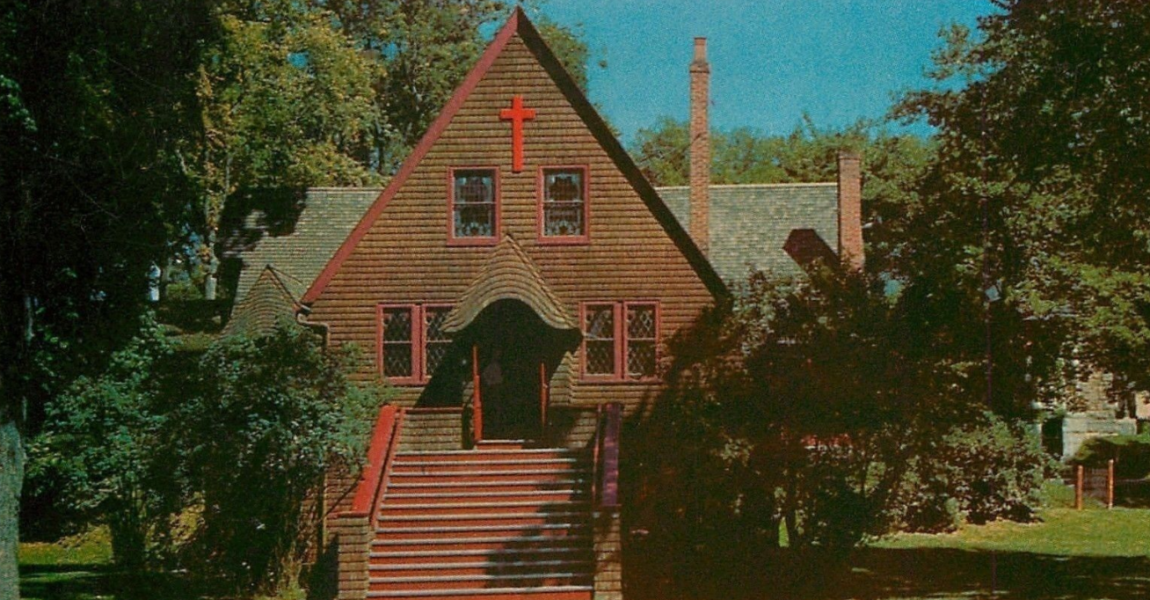 “ Jesus is Here.  Right Here.  Right Now.” Each spring the Episcopal Diocese of Maine has a one-day Conference that offers members  and friends of diocesan churches an opportunity to gather for a day of learning, worship, sharing and growth.  This year it will be Saturday April 28 at the South Parish Congregational at 9 Church Street, Augusta. Early comers can arrive at 8:30 year for coffee. The first of three sessions of workshops begins at 9:30.  At 11:15 there will be a plenary session at which Bishop Stephen Lane will make remarks and lead a worship service. The last session ends at 3:15 p.m.  Participants are asked to bring a bag lunch. Morning snacks and refreshments provided.  To register (there is no registration fee for this event) and see the list of workshops, visit www.tinyourl.com/2018ST. 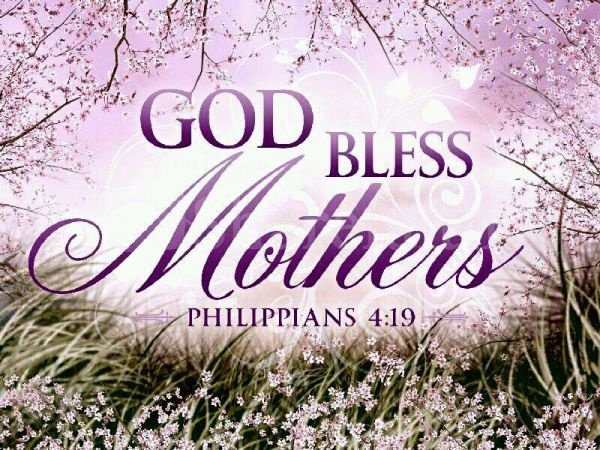 Join us to Celebrate Mothers May 13

Sunday, May 13, at the 8;00 a.m., 10:30 and 5:30 Celtic Service we will be celebrating mothers – all the important mothers in our lives.  We will giving out red and white carnations to remember our own mother, ourselves if we are a mother, or those special people who have been surrogate mothers for us – most particular Mary, the mother of Jesus.  Mother love is a universal spiritual archetype, so regardless of your faith journey, we invite to join us in this celebration of the compassionate love of mothers.

4/22 at the Strand; St. Peter’s co-sponsoring Behold the Earth film

In celebration of Earth Day, on April 22nd at 1:00 pm at the Strand Theater, Rockland, St. Peter’s is sponsoring Behold the Earth, a documentary film by local filmmaker and conservationist David Conover. A discussion will follow the screening, led by film co-producer Manette Pottle with Maine pastor and spiritual storyteller Peter Panagore and local conservation leaders.

Behold the Earth provides an original opportunity to expand the community of U.S. environmentalists – it poses the question, “Could a journey into Creation determine the future of the church?” A music-rich documentary, Behold the Earth explores America’s estrangement from the outdoors through conversations with E.O. Wilson, Cal DeWitt, and Theo Colborn, as well as a new generation of Creation Care activists within America’s Christian communities asking tough questions about church engagement with environmental issues. Four time Grammy-award winning musician Dirk Powell leads the arrangements of traditional American tunes and hymns, with Rhiannon Giddens and Tim Eriksen.

“Behold the Earth began 12 years ago with a hunch that the environmental  must be a broader conversation that involves a lengagement and richness that is possible with a substantive moral component. So he contacted faith leaders, eminent scientists, and a younger generation of Christian evangelicals and environmentalists.

Behold the Earth premiered to a sold-out house at the Environmental Film Festival in the Nation’s Capital in March, 2017, and has screened since at both film festivals and in secular and Christian communities across the country. Andy Peterson, CEO of Different Drummer and creator of the Justice Film Festival, describes Behold the Earth as “a meditative and spiritually engrossing documentary film with deeper themes of redemption and action – calling viewers to engage in protecting God’s creation. An important and timely film that uniquely outlines the role of the church in the climate change conversation.”

Suggested Donation $10.For more information about the screening, the Strand Theatre at 594-0070. 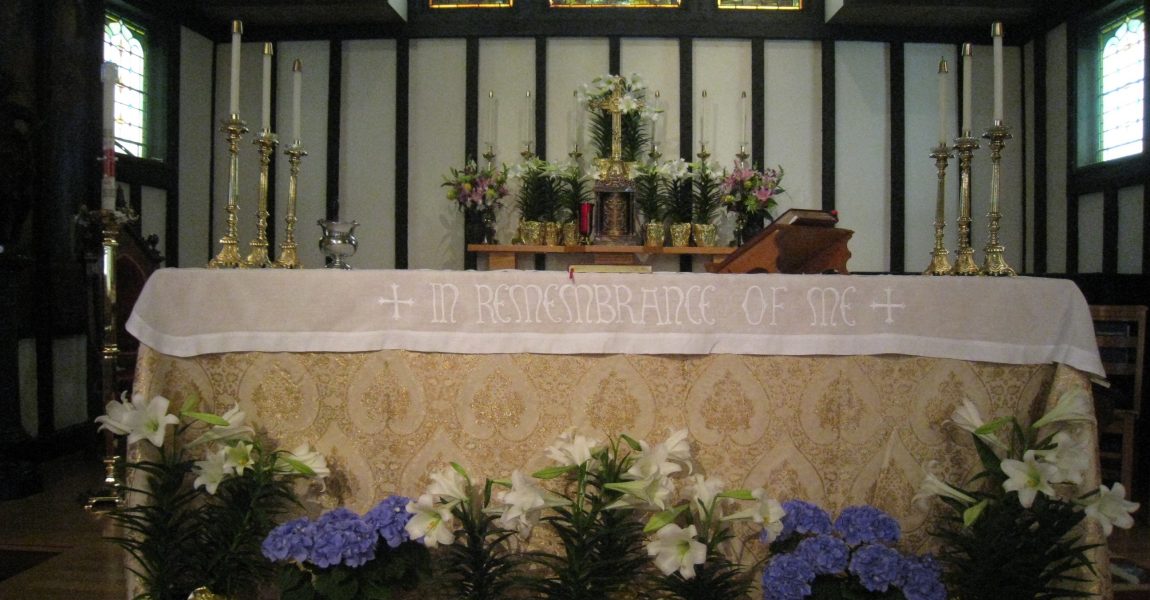 Easter Day (April 1, 9:00): This is the most important and quintessential Christian feast.  The primary theme is the resurrection: on this day Jesus was raised from the dead, overcoming the power of death and the grave.  And all subsequent Sundays, including those in Lent, are but small remembrances of this greatest day.  Come, wear your Easter finery and celebrate our Lord’s resurrection and the promise of our own!  Immediately following the service, we will hold our traditional Easter brunch, a marvelous time of parish fellowship.  At mid-morning, parishioners from St. Peter’s join our friends from Adas Yoshuron Synagogue by hosting at St. Peter’s the Easter Egg Hunt and joining in preparing the Easter Community Meal. 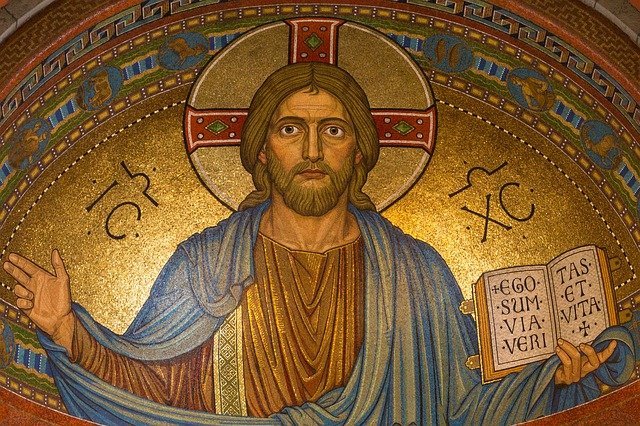 The Great Vigil of Easter (March 31, 7:00pm):  This is the first celebration of Easter and is among the most ancient of the liturgies we have.  It begins on the night before Easter Day and, despite the late hour, the Vigil can be a wonderful service for older children because it is the epitome of “hands-on” liturgy with wonderful contrasting symbols of darkness and light, quiet reflection and loud rejoicing.  There are four main parts to this service the first three of which are done in darkness, lit only by candlelight: a ritual of light in which we light the new fire and paschal candle, a liturgy of the Word when we listen to Scripture readings highlighting God’s saving plan for humanity and, thirdly, baptize new initiates to the faith and renew our own baptismal vows.  Then, we come to a turning point in the service as we end the season of Lent and begin the first Eucharist of Easter.  The proclamation is made: “Alleluia.  Christ is risen!” and the people respond “The Lord is risen indeed.  Alleluia!”  at which time we enter brilliant light: candles on the altar are lit, the electric lights are turned on, and we begin to sing, ring bells, shake tambourines and other handheld instruments.  The joyful contrast to Lent is unmistakable and as you blink in the light and sing the familiar song of praise you will no doubt see smiles of amazement on the faces around you.  This is a moment when we glimpse a bit of heaven and can believe again that the Good News is indeed true after all.  This year St. Peter’s is hosting our area celebration; joining in are the congregations of St. John Baptist (Thomaston), St. Thomas (Camden), and Nativity Lutheran (Rockport).  Our preacher for the evening is the Rev. Lisa Smith Fry from St. Thomas’ Camden. 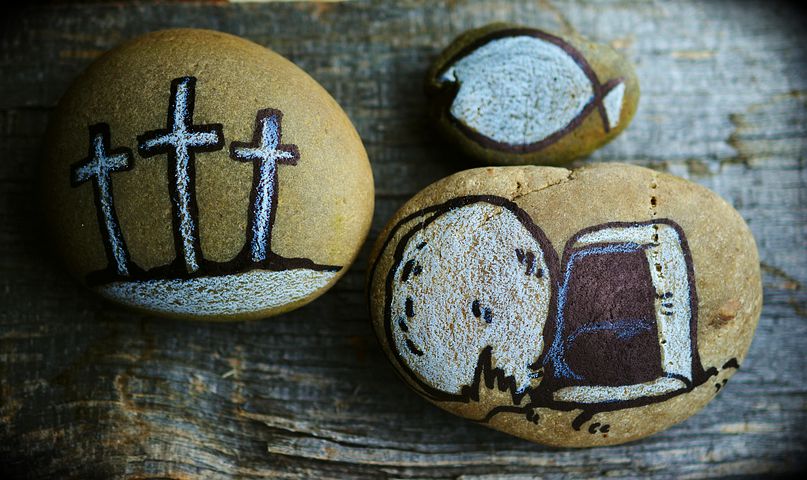 Good Friday (March 30, 12:00pm & 5:30pm): On this day the church commemorates the crucifixion and death of Jesus.  At St. Peter’s there will be services at both noon and at 5:30 in the evening.  The noon service is a service of prayer, contemplation and reflection called Stations of the Cross.  Worshippers walk the way of the cross that is depicted on the image/stations on the walls of our sanctuary. This is an ancient practice that slows us down to walk with Jesus on his last day of life.  The evening service is a traditional Good Friday Liturgy. The clergy and acolytes are dressed in black and enter in silence and, though the mood is somber, the Good Friday liturgy is not a funeral.  We remember Jesus’ suffering and death while celebrating the victory over death he has won for us now.  The liturgy has three distinctive parts.  The first is a liturgy of the Word in which we hear a passion gospel and pray a series of intercessions called the Solemn Collects.  The second part of the service is the Veneration of the Cross – all are invited to come near to a large wooden cross to pray. It concludes with Eucharist from the reserved sacrament from Maundy Thursday evening, after which all remaining communion sacrament is returned to the earth and the sanctuary candle is extinguished, not to be lit again until after the first Eucharist of Easter. 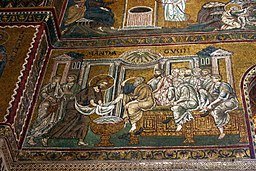 Maundy Thursday (March 29, 5:30pm): The name comes from the Latin mandatum, the root of our English word “mandate” or “command”.  It refers to the new commandment to “love one another” (John 13:34) that Jesus gave his disciples after he had washed their feet on the Thursday of his final week in Jerusalem.  Tonight we move through Jesus’ final evening with his disciples, beginning with the Passover meal, through his anguished prayer in the garden of Gethsemane to his betrayal and arrest.  Our liturgy highlights many of these key moments.  We, too, will be invited to wash one another’s feet as a sign of our willingness to follow Jesus’ mandate to love one another.  We will recall the last supper in which Jesus instituted Holy Communion on the night before he died by doing as he commanded: do this for the remembrance of me.  The service concludes with a dramatic stripping of the altar: the lights in the sanctuary dim gradually as clergy and acolytes, now dressed in black, remove all altar hangings, candles, vessels and appointments until the altar area is completely bare, at which time the sanctuary becomes completely dark.  Those who wish to wait with Christ as the disciples were asked to do at Gethsemane can move to the chapel, which will have been transformed into a garden.  You can say a prayer, sit and meditate with the body of Christ, represented in your fellow silent worshippers and in the reserved sacrament stored there.  Many people find such silent prayer to be deeply moving.