A Service in Celebration of Our Nation’s Day of Independence 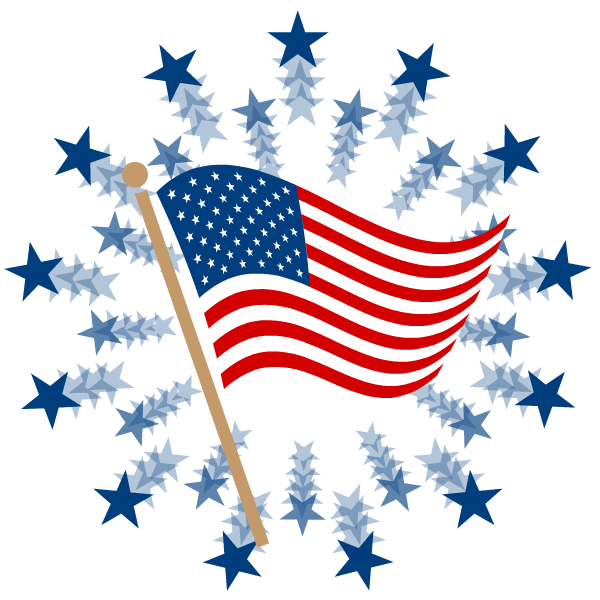 Independence Day and the Episcopal Church

Two days after the Declaration of Independence was signed in Philadelphia the prominent Church of England congregation of Christ Church in downtown Philadelphia had a momentous decision to make. Their new rector was the chaplain to the first Continental Congress, that group who had just voted with no small amount of fear and trembling to “dissolve the connection” with Great Britain. But Christ Church owed its existence to the government in England. The king was the head of the church and the clergy had all taken oaths to “bear faith and true allegiance to the King’s Highness…and to…assist and defend all his jurisdictions”.

The issue of whether or not faithfulness to Jesus could require loyalty to the King or even to a revolution was hotly debated. But here was an impending decision for the whole parish, theological and practical and political: Sunday was coming up, and they had to decide whether or not they would pray for the king and royal family with the prayers included in the prayer book.

On that Sunday, July 6, 1776, the rector and vestry decided not to say the prayers for the king and royal family, or as the minutes from their meeting show: “for the peace and well-being of the churches, to omit the said petitions” for the king. To this day, you can visit Christ Church in Philadelphia and see the old Prayer Book where the prayer has an ink line literally crossing out those prayers for the King. But, again, it was not an easy decision.

What we do today is remember.  And remembering is a theological activity; resisting amnesia is Gospel work. So, we remember the complexity about whether faithfulness to Jesus meant loyalty to the God-given King or to revolution. We remember the complicated intermeshing of religion and politics in our very founding. We remember the conflict in our own founding: that “we hold these truths to be self-evident, that all men are created equal” but people with darker skin are only three-fifths of a person. Native peoples are not included in full citizenship. Women were not included in full citizenship. We resist amnesia because Christ calls us to be clear-eyed and to be open to God’s perfect freedom. It’s important to remember that God is not done with us yet, not done with our country or the world in setting all God’s people free. Thank you for worshipping with us today.